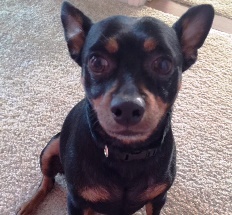 
“Yoshi” is a world traveler! Originally from Korea, Yoshi was rescued and brought to the US, where his new family took on the challenge of rehabilitating this dog. Yoshi was covered in fleas, suffered from hair loss, and had never received any kind of medical attention. After adopting him his new “mom” and “dad” spent hundreds of dollars neutering him, getting shots, and making frequent trips to the vet. Not even a month later Yoshi got a broken leg and it was determined he needed immediate surgery at FACE Save-A-Life partner Bodhi Animal Hospital. The family was faced with a difficult decision. They knew they could not afford the surgery because they were bankrupt and had just spent their savings repairing their car. They couldn’t imagine putting Yoshi to sleep. Seeing their dilemma, Bodhi suggested they seek assistance from FACE and fortunately, FACE was able to save Yoshi!