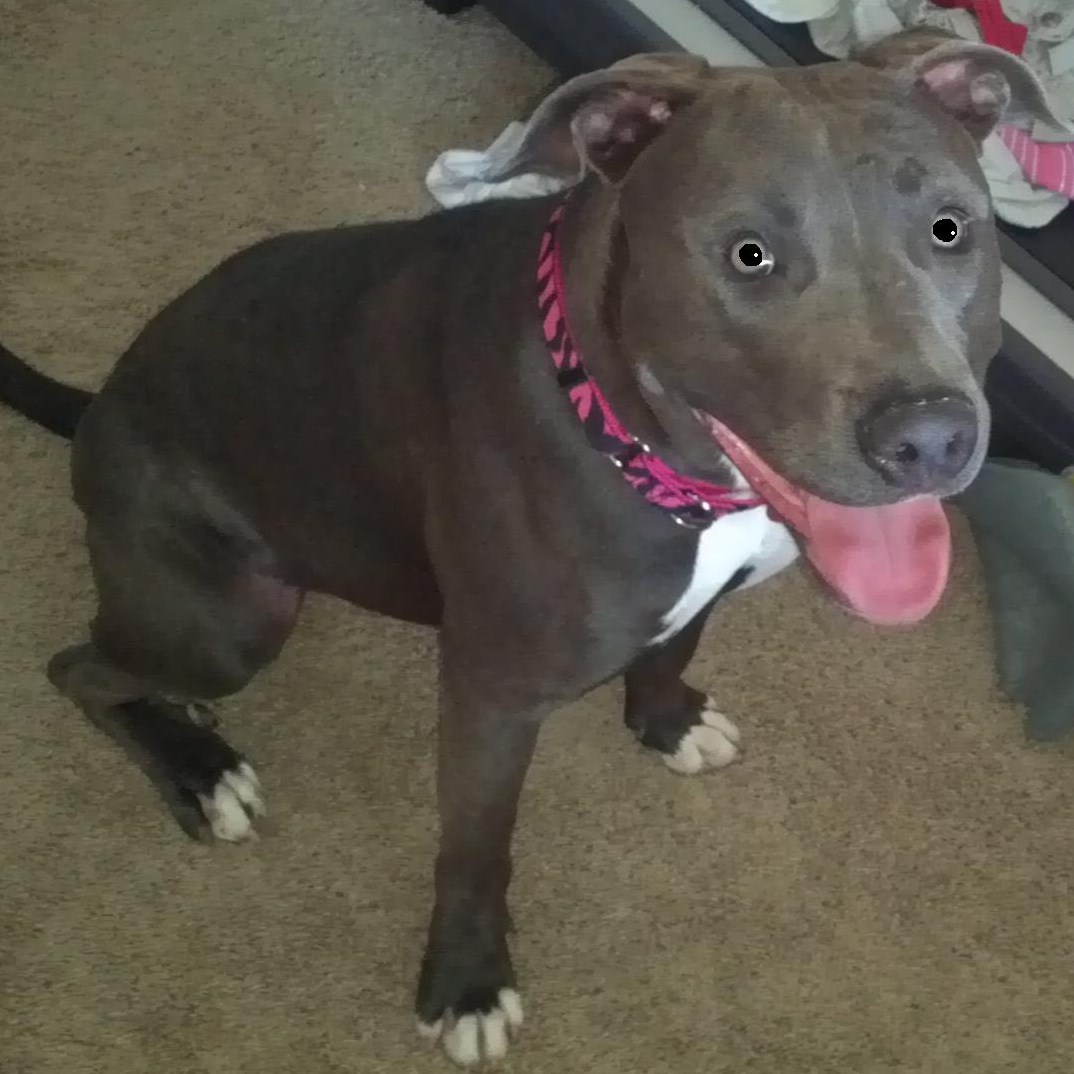 
We’ve all heard someone say that they were in the right place at the right time. If could talk, that’s what she’d be saying these days. And guess what?? Her human family would be saying the same thing!

Last month, , a nine month old American Pit Bull, was found wandering the streets. A Good Samaritan found her and posted ‘Found Dog’ signs in the neighborhood. ‘s owner called but said she didn’t want her anymore and that the Good Samaritan could keep her. Just about that time, Tracey told her husband that what she really wanted as an anniversary gift was to rescue a dog. Enter and as they say, the rest is history. had a ready made family of two adults and five children. They all loved her dearly but one of the three year old girls really, really loved her! Two weeks after joining the family, was playing outside and had an injury. The news from the vet wasn’t good. had a fracture of the femur. Treatment included surgery and rod through plate fixation to repair the fracture. The prognosis for recovery was excellent if surgery were performed. ‘s family, however, didn’t know where it would find the thousands of dollars necessary for surgery. Both mom and dad are war veterans. Dad was looking for a job and mom had just lost her job. The children couldn’t imagine life without Roca and lots of tears were shed when they didn’t know whether would come home again.

FACE received and approved a request for financial support. Surgery took place on April 2 and we are happy to report that is on the road to a full recovery. Her human mom said it is difficult to keep her quiet because this puppy wants to play! And if she isn’t playing, she is giving you lots of sloppy, wet kisses. is described as ‘the biggest sweetheart ever’! We are so happy to have been able to help. , all the best from all of us at FACE. By the way, ‘s ‘kids’ are so happy to have her home and want to tell FACE thank you from the bottom of their hearts!