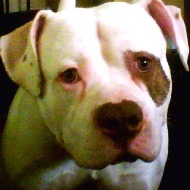 
Nino is a happy dog who loves playing with just about anyone and anything! As his mom puts it, “he is almost eleven but if you show him a softball he becomes a puppy again!” One day, ten year old Nino came home from a walk with his “dad” and instead of running to chow down on his favorite dinner, he plopped down on the floor and did not move the whole night. His parents were very worried to see this odd behavior from their otherwise energetic pup. Their normal veterinarian was unable to help so Nino’s family rushed him to the Veterinary Specialty Hospital to find out what was going on. It was discovered Nino had a herniated disc and needed emergency surgery. Nino’s family had just moved from out of state and had no savings to help Nino. His “mom” was beside herself, feeling helpless to save Nino, her certified Emotional Support Animal who had helped her out of depression. She refused to give up. She reached out to FACE and pleaded for assistance, “I need him around, he makes me feel safe. We need our family whole again.” Luckily, FACE was able to help this family and saved Nino’s life!