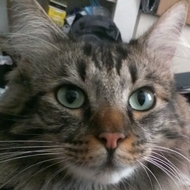 
Meet Mylo! Mylo is a 2 year old Maine Coon who clearly has a knack for stealing peopleís hearts with that adorable face of his. He had been with his adopted ìmomî for only three short months before he came down with a severe urinary blockage that quickly became life threatening. Being disabled, Myloís mom is unable to work and barely gets enough financial assistance to survive. She was already so attached to this handsome kitty and was devastated to discover she could not pay for the operation Mylo needed. With no means of getting him help she began to seriously consider giving him up to a shelter or putting him down. Lucky for Mylo, his mom heard about FACE and reached out to us just in time. Myloís procedure was executed perfectly and now heís as good as new! Mylo’s miracle is only possible because of FACE’s generous donors! 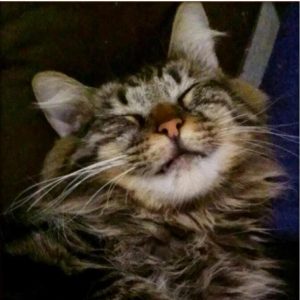