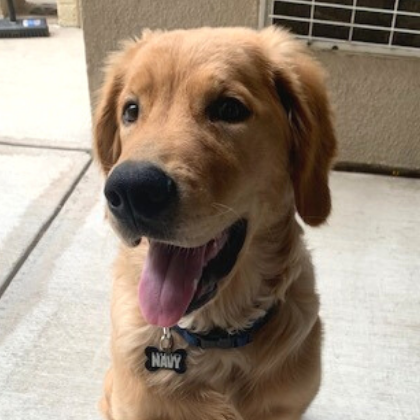 
Kodah is a handsome nine-month-old golden retriever who recently became extremely ill. After a few visits to their regular vet, Kodah was referred to VCA Emergency Animal Hospital & Referral Center for an ultrasound. Turns out, Kodah had eaten something that got blocked in his intestines and needed to be surgically removed. Kodah’s parents, a military family, had an emergency fund saved but had already exhausted those funds and didn’t have enough to cover the full cost of Kodah’s care. Thanks to FACE supporters and Life Sponsor Ruggable, FACE was able to make a pledge toward Kodah’s surgery. Kodah is now back at home and recovering with his loving family!