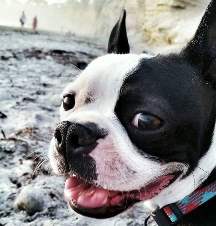 
Kane’s success story is sure to tug at your heart strings! FACE would like to thank the Drake Family for being a Life Sponsor and helping to save this little guy.

Kane was rescued from the shelter two years ago to be a companion aid to the elder of two sons, who suffers from a severe medical disability. Over the past two years both boys have become incredibly attached to this loveable pup. Kane and his two human brothers are supported by their mom who is a single parent, works full-time and goes to school full-time. One day, poor Kane was involved in a hit and run accident that left him with multiple fractures throughout his body. His “mom” was beside herself. She knew she did not have thousands of dollars to give to the hospital so Kane could be treated for this painful injury. Without this critical vet care, Kane would have to be put to sleep. Luckily, Save-A-Life partner VCA Animal Medical Center told her about FACE and she reached out for assistance, explaining that she felt “completely lost” and feared losing Kane would be “a very life-changing event” for her and her two young children. Thankfully, FACE was able to fund Kane’s surgery and this family was given a second chance to enjoy their furry family member.