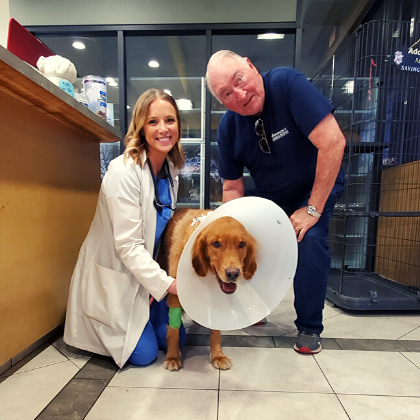 
After being saved by a local rescue, Dixie had found a new home with Herbert, a local senior who needed some company. While she looks like an angel, she got into some trouble recently after swallowing something she shouldn’t have. Herbert noticed Dixie was lethargic and not able to hold down food. He took her to Shadowridge Vet Hospital where they determined that she had an object lodged in her intestines that needed to be removed ASAP. Herbert is a single senior citizen living on a fixed income, and looks to Dixie for emotional support. He is able to make ends meet, but was not prepared to pay for a sudden, emergency surgery. Thanks to support from FACE Life Sponsor Ruggable, Dixie was able to get the life-saving treatment she needed and is back home with Herbert where she belongs. Thank you Dr. Johnston and the team at Shadowridge Vet for treating Dixie!