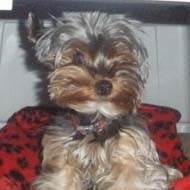 
Coco was accidentally dropped by the 6-year-old son of a large family.  Their income has been cut in half due to the economy and they were unable to afford the surgery to fix Coco’s broken leg.  Their only option was to put Coco to sleep.  Coco’s owner could not bear the thought of her young son feeling like he caused Coco’s euthanasia.  Thankfully, she found FACE.  We helped save Coco’s life as well as prevent a little boy from living with a life-changing mistake.