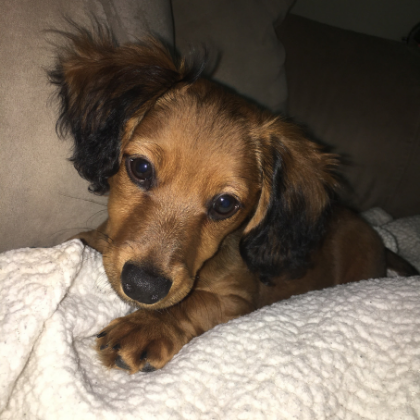 
Meet Bentley, the adorable 2 year old dachshund! Bentley’s parents both work low paying jobs where it is hard to get regular hours. They struggle to make ends meet so when an emergency came up with Bentley, his parents where heartbroken. Bentley ate something he shouldn’t have and the foreign body got stuck in him. Bentley was unable to pass it naturally and became very sick. He needed surgery to remove it but it was more than his parents could afford. Thankfully, our friends at VSH Sorrento Valley referred them to reach out to FACE for help.

After reviewing the application, we were able to approve them so that Bentley could get the surgery he needed. Bentley is now at home recovering with his family.